The Okemah City Council met in a special meeting on Monday, July 23 to approve a couple ordinances because of laws that are soon to take effect. All members of the council were present. 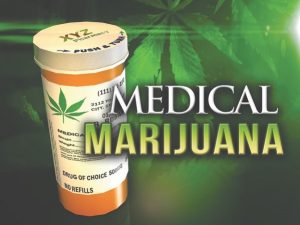 Mayor Mike Fuller stated that this needs to be done. City Attorney Jack Cadenhead informed the council that it is legal now but the city can prohibit commercial growth within the city limits. All the council was approving was a license to grow cannabis for personal use only and a retail (dispensary) license, and the city can charge certain license fees.

The ordinance stated that a retail establishment could not be within 1320 feet of a. private or public preschool, elementary, secondary, vocational or trade school, college or university; b. any library or museum; c. any public playground; d. any child care center; e. any place of worship or religious assembly; f. any public park, pool, or recreation facility; g. any juvenile or adult halfway house, correctional facility or substance abuse facility; h. rehabilitation or treatment center; i. any residentially zoned district; or j. 1320 feet of another medical marijuana or retail marijuana store.

Vice Mayor Wayne Bacon spoke up saying that a couple of things concerned him about the 1320 feet from a religious, which is fine and also the distance to a residential district, the dispensary would have to be taken out of city limits. He said, “you are taking the opportunity away from someone who wants to open a business.” He also pointed out that the only pharmacy in town, who may or may not want to sell medical cannabis, is well within the prohibited distance stated in the ordinance.

Fuller asked if there was a state or Department of Health (OSDH) distance requirement and Cadenhead said that he was not positive about that. He went on to say that the alcohol establishments cannot be within 300 feet of churches and schools. Bacon stated that he was not comfortable with the way that the ordinance currently read.

City manager Bert Robison asked Bacon if the distance was all he was concerned about. He said yes from the churches and residential areas. He felt like he was cutting off the opportunities. He likened it to years ago when someone wanted to put in a tattoo shop in Okemah but couldn’t find a place because of the laws. Cadenhead informed them they could always change the ordinance at a later date.

Bacon presented making the distance the same as liquor and also why they had to have any distances at all. He agreed with schools and religious facilities having distance requirements. Cadenhead said this is what a lot of cities are doing. Bacon rebutted that a lot of cities are bigger than Okemah. Cadenhead said they came up with this right after the OSDH released their rules but before the legislature stated they were going to hold a public meeting. Councilman Loren Aldridge asked Cadenhead where they came up with the footage and he replied, “I do not know.”

Fuller said that Bacon had a good point with all the churches that are within city limits. Both Aldridge and Councilman Ronnie Lucas felt that 300 feet was too close. After discussion between the councilmen, it was decided that they all could be comfortable with 600 feet in the ordinance. Bacon made the motion to accept the ordinance with 600 feet. Fuller seconded the motion. The motion passed with a 4-1 vote with Councilman Anthony Landers voting no.

Next item was to establish the license fees for a retail marijuana establishment and a personal growth license. Robison informed the council they talked to several cities in Colorado about their fee structure. He said the average fees were $2,500 for the retail establishment and $2,000 to grow marijuana for any purpose. However, the ordinance prohibits growing medical marijuana for commercial purposes. Again after discussion of the council, it was voted on to establish the fee to grow medical cannabis for personal use only at $2,000 per year and the fee for a dispensary would be $3,000. The vote passed 5-0.

The other ordinance on the agenda was repealing the low-point alcohol ordinance and aligning the City of Okemah’s liquor ordinance with the state laws. With State Question 792, which passed in November 2016, going into effect on October 1, 2018, there will no longer be low-point beer available for sale or consumption in the State of Oklahoma. After Cadenhead explained the changes and with no discussion, the ordinance was adopted with a 5-0 vote.

According to the wording of State Question 788, which made medical marijuana legal by a 57% vote of the people, no city or local municipality may unduly change or restrict zoning laws to prevent the opening of a retail marijuana establishment. The only distance prohibition in the law is that a retail marijuana establishment is specifically prohibited within 1,000 feet from any public or private school entrance. The full wording of the law can be read at http://omma.ok.gov/Websites/ddeer/images/SQ%20788.pdf.