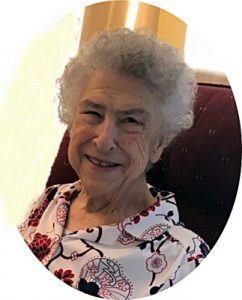 During 71 years of marriage they raised four children.   Ruby spent most of her married life on a farm near Okfuskee. While raising four children, she managed finances and household duties. She also served many years as a beloved Sunday school teacher and secretary.

At various times, Ruby worked as a substitute teacher, cafeteria cook, and coordinator for the Okemah Senior Citizens. Ruby and Flay enjoyed several years of retirement in Branson, MO, where they made many new friends.

Ruby is preceded in death by her husband; Flay, brother; Leroy and parents; Lewis and Ora Gates.