‘Earthquake’ is a word that has seen somewhat of a growth in the frequency of its use around the state. That’s because Oklahoma earthquakes happen — quite often they were happening not too long ago, compared to 10 or 20 years ago, though the number of occurrences has trended down most recently. 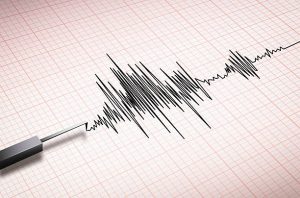 Still, they happen, and preparedness certainly beats waiting to find out.

The Great ShakeOut initiative, an effort to educate and prepare students and people all over the world on what to do in the event of an earthquake, has the mission of focusing on that preparedness. This is an international effort, and, along with many cities all over the state, Okemah is participating.

The International ShakeOut Day is set for Thursday, October 18, at which time organizations, companies, groups and thousands of people all over the world will host respective earthquake drills, driving home what is the best thing to do if and when the earth starts shaking.

Even though the official date is set for Oct. 18, participating entities can hold their drill on whatever date works best for them, according to shakeout.org, the initiative’s official website. So, Okemah schools will hold their districtwide ‘ShakeOut’ Tuesday, Oct. 16.

The website shows that almost 18 million people in the U.S. alone have signed up for the drill-day thus far. Globally, that number is almost 60 million.

The initiative will focus on what it says is the proper technique of action to take during an earthquake — known in short as “Drop, Cover, and Hold On.”

According to literature put together by ShakeOut Drill organizers, “Official rescue teams from the U.S. and other countries who have searched for trapped people in collapsed structures around the world, as well as emergency managers, researchers and school safety advocates, all agree that ‘Drop, Cover, and Hold On’ is the appropriate action to reduce injury and death during earthquakes.”

“Methods like standing in a doorway, running outside and the. “triangle of life” method are considered dangerous and are not recommended,” the website explains.

For even more details, the website breaks down the three steps of the proper method like this:

1) Drop — “Drop where you are, onto your hands and knees. This position protects you from being knocked down and also allows you to stay low and crawl to shelter if nearby.”

2) Cover — “Cover your head and neck with one arm and hand. If a sturdy table or desk is nearby, crawl underneath it for shelter; if no shelter is nearby, crawl next to an interior wall (away from windows); stay on your knees; bend over to protect vital organs.”

City of Okemah and Okfuskee County Emergency Management Jim Bill Copeland is heading up Okemah’s ‘Great ShakeOut.’ The drill will primarily be held at Okemah Public Schools locations, but Copeland is hopeful other school districts and organizations will participate, as well.

For more information, Copeland can be contacted by calling Okemah City Hall.