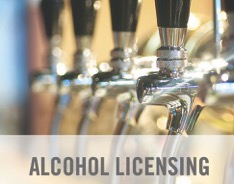 She said she felt compelled to address the council on behalf of the business owners in Okemah.

She said the new fee schedule is placing a hardship on many of the businesses. Their beer license for on premise consumption under the old law was $20 per year. The council has now raised the price to $600 per year.

Thompson said the state statute is very clear that a municipality cannot charge more than the state. The state fee is $500, therefore the $600 is outside the scope of state law.

Thompson explained the new fees are detrimental to economic development in the city, noting one restaurant lost four tables in one night because they could not legally serve beer.

Thompson explained the profit margin is not that high on beer and it would take several months just to recoup the cost of the license. She said part of the city’s job is to help promote business and economic development not to work to make it more difficult on local businesses. The jump from $20 per year to $600 per year creates an undue hardship to local business. Thompson asked the council to reconsider the new fees and become more business friendly to help the economy.

During the city council comments, Vice Mayor Wayne Bacon stated that he had also received a complaint from a business owner about the fees being charged and that he would like to see the topic on the next agenda so discussion and action could take place. Mayor Mike Fuller seconded the sentiment instructing City Clerk Relena Haddox to do so. The next meeting will be held on Monday, October 22.

Following the city council meeting, the Okemah Utilities Authority met. Dustin Danker, Water Treatment Plant Supervisor and Interim City Manager brought before the board the proposition to purchase a new turbine pump in the amount of $15,500. Danker said they currently have a 1984 model and he has rebuilt it four times in his ten years at the water treatment plant.

He said that it is time to rebuild it again. The cost of a rebuild is $7,000. Danker informed the board that a new one wouldn’t have the be rebuilt for at least eight years. The board voted unanimously to purchase the new pump.