After earlier this year being involved in a runaway teen’s case in Oklahoma, an 18-year-old has now been arrested in California on multiple counts of sexual assault. 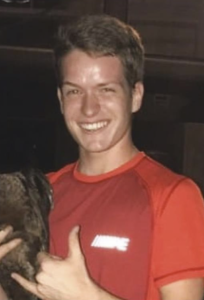 The San Diego Police Department arrested Seth Roberts last week, listing two counts of forceful rape and another count of sexual assault with a foreign object, which the department reports happened on several different incidents between October and November of this year.

The police in California said the incidents involved Roberts attempting to meet and befriend young females, at which point he is accused of assaulting them sexually and using a weapon. No more details were given.

Roberts seems to have a history in Oklahoma of criminal incidents concerning young females — one as being involved with a runaway teen girl a few months ago, the other being a protective order brought against him for his actions towards another young teenage girl earlier this year.

At that time, though thorough details of the case were not provided, the Oklahoma State Bureau of Investigation identified Roberts as being from Okemah with a contemporary OSBI news release saying Roberts and the runaway teen were possibly heading to Pacifica, California where his mother lived.

The Dewar teen later returned safely back home, but Roberts faced a warrant issued out of Okmulgee County for a charge of harboring a runaway child because of the incident, according to court records.

Then, even earlier this year, in April, Hughes County authorities issued a permanent protective order against Roberts after it was alleged that he inappropriately touched a young female even after being told to stop.

That protective order was filed on behalf of a 16-year-old girl, whose family wanted to press charges, according to court records. However, no charges, as of this time, have been filed in that case.

For now, after being arrested last week by San Diego law enforcement, records indicate Roberts is in custody and being held at the San Diego County Jail on a $1.25 million bond for the three separate sexual assault crimes.