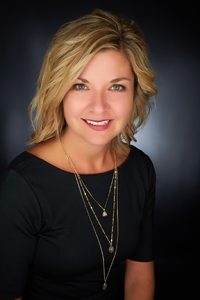 The Oklahoma Hall of Fame is proud to announce Judge Maxey Reilly has agreed to join the 2019 Board of Directors for a three-year term.

“The Board of Directors for the Oklahoma Hall of Fame works to impact the lives of Oklahomans throughout this great state, but just as important, they significantly enhance the local communities where they live and work,” said Shannon L. Rich, Oklahoma Hall of Fame and Gaylord-Pickens Museum President and CEO. “Having Judge Reilly on the Board of Directors gives us access to her passionate insight on how to better connect our mission to tell Oklahoma’s story through its people across the state and inspire new generations of proud Oklahomans.”

During law school she worked in the Office of Oklahoma Hall of Fame adds Judge Maxey Reilly to 2019 Board of Directors Governor Brad Henry as an Agency Liaison. After graduation she moved to Okemah with her husband Robert Reilly. Together they have two children, London and Vincent.

In November 2006, she accepted the position of Assistant District Attorney for Creek and Okfuskee Counties. During her ten year stint in the District Attorney’s Office, Judge Reilly was responsible for the prosecution of over three thousand misdemeanor, felony, traffic, forfeiture, juvenile delinquent and juvenile deprived cases. She was also instrumental in starting the Okfuskee County Drug Court program.

In 2008, Judge Reilly was named Law Enforcement Official of the Year by the Oklahoma State Bureau of Investigation and in 2013 she was named Assistant District Attorney of the Year by Biker’s Against Child Abuse.

On August 17, 2017, Governor Fallon appointed Judge Reilly Associate District Judge of Okfuskee County. When she received the appointment, she not only became the youngest district judge in the State of Oklahoma, but also the first female judge to take the bench in Okfuskee County. In April 2018, Judge Reilly filed for re-election and went unopposed.

She has also served as the President of the Okemah Chamber of Commerce and on the Oklahoma State Board of Psychology Oversight.

Through exhibits and experiences at the Gaylord-Pickens Museum, the Oklahoma Hall of Fame stands to preserve Oklahoma’s unique history while promoting pride in our great state.

For more information about the Oklahoma Hall of Fame or Gaylord-Pickens Museum, visit oklahomahof.com or call 405.235.4458.