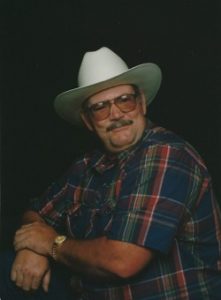 Clyde Duane Clark, Sr. was born May 10, 1959 in Fresno, California, to Robert Arthur Clark and Ethel May (Poole) Clark and passed from this life February 7, 2019 in Weleetka, Oklahoma. He was a wonderful husband and an amazing father and grandfather.

Clyde was raised in Oklahoma primarily around the Shawnee and Gypsey areas where he attended the local schools. On February 26, 1976 he married Louise Green. They remained in the Gypsey area before moving to Weleetka in 1991.

Clyde Clark made a living in the oilfield and he liked to camp, hunt, work puzzles, and fish for leisure. He was considered a ‘jack of all trades’ and loved building things. Clyde has served the public as an EMS and as a volunteer firefighter.

Clyde was proceeded in death by his father, Robert Arthur Clark; grandparents, Roy and Sandy Clark; Thomas Poole, and several other aunts, uncles, and cousins.

He was survived by his wife, Louise Clark, of the home; his children, Clyde Clark, Jr., Robert and Rhonda Clark of Henryetta, and Buelah May Thomson of Cushing; six grandchildren, and one great grandson, along with several siblings, nieces, nephews, other relatives and many friends.