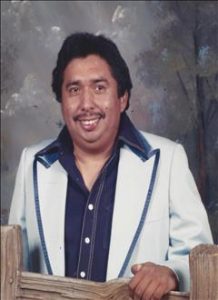 Jerry Joe Little, age 59, departed  this life on Monday, February 11, 2019 in Oklahoma City. He was born in Okemah, OK February 27, 1959 to the late Buster Little and Millie Thomas Little.

Jerry was a graduate of Butner High School and later worked in various nursing homes as a Nurse Aide.

Jerry  was a member of Earlsboro  Indian Baptist Church. His hobbies were fishing, listening to Creek Hymn and spending time with his family and Church.

An Online Guestbook is available at PhillipsFuneralService.com.