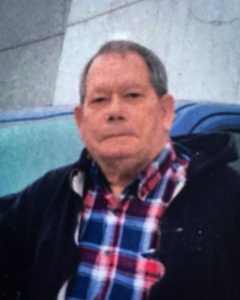 Thomas served his country in the United States Army and later joined the United States Air Force Reserves. He retired from the Reserves as a Staff Sergeant in 1994. Thomas was employed as a Trackman with BNSF Railroad and retired in 2008 following a 30 year career. He enjoyed living in Oklahoma where he would fish and hunt with family and friends. Thomas enjoyed working on old vehicles and going to swap meets with his brother and kept his mind sharp studying history.

He was preceded in death by his parents; infant brother, John J. Powell and brothers: Jack and Joe Powell.

A memorial fund has been established in his loving memory with Pets for Vets. Contributions may be mailed or left with the funeral home.
To share a memory or leave condolences, please visit www.cornejodayfuneralhome.com.