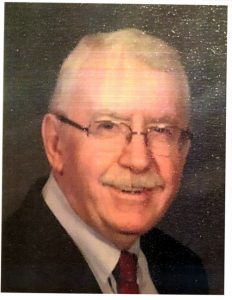 Warner Andrew Richeson, age 82, of Plano, Texas, passed away on Friday night, May 17, 2019. Warner was born in Henryetta on December 22, 1936, and was the son of William E. Richeson and Johanna Berkey. Warner was educated in the Henryetta Schools, where he graduated in 1955. He earned a Bachelors of Electrical Engineering from Oklahoma State University in 1960. Warner married Janet McKinney on September 15, 1962. They had two children, Andrea Richeson and Andrew John Richeson.

Warner worked in the defense and space Industries in Calif., Ala., and Texas until 1991. He was the owner of Warner Richeson Designs from 1973, where he worked primarily in architectural planning and design. Warner was also the co-owner of Past & Presents Antiques for eleven years. He was a professor of computer-aided design and drafting at Collin County Community College from 1999 to 2016. In his spare time, he volunteered and served as a City of Plano Councilman, served on several Plano boards and commissions, and served on the Collin County Planning Board. Warner was a member of Plano Masonic Lodge #768, a former member of Plano Sunrise Rotary Club, and a member of First Baptist Church of Plano where he served as a deacon and on several committees.
Warner was preceded in death by his parents and all of his siblings; Charles G. Richeson, Valentine Richeson, William E. Richeson, Jr., and Belva Lou Anderson.

Warner wrote these words to describe himself, “I have dug ditches, washed pots and pans in a bakery, washed JC Penney’s windows, worked in a corn, pea, and cherry canning factory, washed dishes at college, worked road construction, been an electronic technician, was a day laborer, computer aided design instructor, an engineering aide and a civic activist.”

In lieu of flowers the family ask that you donate in Warner A. Richeson’s honor to Texas Baptist Men Dallas.