We want to thank the Okemah Newsleader and the sponsors that they solicit for the 1st class scorecards that they have printed and provide for the golf course.  People take scorecards for granted at a golf course and they are an important part of playing golf.  We really appreciate the support that you have given us.

When I take lunch to Earnie every day, we play Gin Rummy after we eat.  Besides the enjoyment of playing, it hones my addition skills.

I enjoyed visiting with Rene Wilson from Henryetta on Saturday, September 26th.  She was getting dizzy and came into the clubhouse while her husband and his friend continued playing golf.  She is a delightful lady.  She exuberantly watched the OU football game on TV when Earnie and I started our daily game of Gin Rummy.

Sunday, the 27th, was a busy day at the golf course.  Hartsell Brinlee brought his grandson, Chance, to play with him.  He was also going to play with Curtis Bellinger who is his pastor at the church he attends in Wetumka.  Curtis came in to pay and said that he was expecting 7 more people to play with them.  We just refer to them as the “Wetumka Crew” because we can never call them by their correct names.

Jesse Wade and Justin Groves were competing against Skeeter Smith and Loren Aldridge on Sunday afternoon.  I left before they finished their game, so I don’t know the outcome.

Earnie had his back to the window when we were playing Gin Rummy on Sunday.  Donnie Peters was standing behind him on the outside of the window and was trying to signal to me what cards Earnie was holding.  After Donnie gave me the 1st clue, Earnie immediately ginned and won the game.  I think that he knew what was going on behind his back.

41 players participated in the 4-person scramble on Monday, September 28th.  5 teams tied with a score of 5 under par.  After a chip-off, the team of Bill McCutcheon, Steve McCutcheon, Nolan Mc Cutcheon and Gavin Staton were declared the winners over the team of Danny Fultz, John Powell and James (last name not listed), the team of Bob Boatman, Pat Boatman, Leon McVeigh and Hartsell Brinlee, the team of Skeeter Smith, Loren Aldridge, Clayton Griggs and Austin Guinn, and the team of John Sharp, Dante Landers, Jesse Wade and Justin Groves.  Sharee Scott won the prize for the longest drive and Bill McCutcheon won for the closest to the pin.

Once again, I want to thank everyone for the support that they give to the golf course. 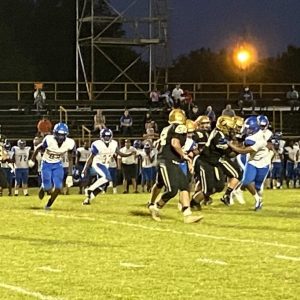 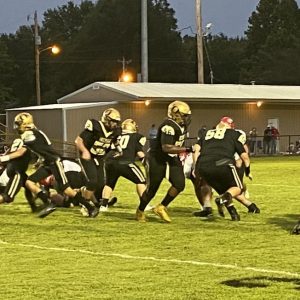