Skip to content
FacebookEmail
| logout
MCN chief named to Time’s list of most influential people
By Ken Childers
ONL Editor
Muscogee (Creek) Nation (MCN) Chief David Hill has been named by Time Magazine as one of the most influential people in the world.
Each year, the periodical releases its “Time100” list that features the pioneers, artists, leaders, icons and titans who have had the most impact that year. The 2020 list and related tributes appear in the Oct. 5 issue, which hit newsstands last Friday.
Hill is listed as an “icon” on this year’s last because of the landmark U.S. Supreme Court decision in the McGirt v. Oklahoma case, which ruled that Congress never disestablished the Creek Nation reservation it created in 1866.
“The McGirt v. Oklahoma decision this summer was a groundbreaking triumph for all of Indian Country. The court held that the land the Muscogee (Creek) Nation was guaranteed in exchange for leaving their ancestral home remains a reservation today, despite over a century of attempts to dissolve and dilute it. In short: the federal government must live up to its promises to Native peoples,” Congresswoman Sharice Davids (D-Kansas) wrote in a tribute to Hill published in conjunction with the list.
“How the federal government treats one tribe, it treats all tribes, which is why this decision has such broad implications for all of Indian Country. Principal Chief Hill has led his people through a truly landmark victory and has continued to protect his nation’s sovereignty from state encroachment after the decision. When you know you have to do what is right for your people, you just keep pushing forward,” Davids, a member of the Ho-Chunk Nation, wrote.
Hill, a native of Bristow, was elected as the MCN’s seventh principal chief on Dec.  7, 2019. Prior to being elected principal chief, Hill served three consecutive four-year terms as a representative of the tribe’s legislative body, the National Council.
During his 12-year tenure, Hill’s council experience included membership on the Tribal Affairs Committee, Business, Finance and Justice Committee, the Internal Affairs Committee and the River Spirit Casino/Hotel Expansion Oversight Committee.
Hill’s colleagues also selected him, for two terms respectively, as National Council Sergeant-at-Arms and second speaker. Prior to his political career, Hill spent 30 years in the aerospace industry, including 23 years in management.
Others “icons” appearing on the 2020 Time100 list include Black Lives Matter Founders Alicia Garza, Patrisse Cullors and Opal Tometi, and Sister Norma Pimentel, Executive Director of Catholic Charities of the Rio Grande Valley. Those listed as “leaders” include President Donald Trump, Dr. Anthony Fauci, U.S. Representative Nancy Pelosi, and presidential candidate Joe Biden and his running mate Kamala Harris. The full list is available online at time.com.
Posted in Uncategorized 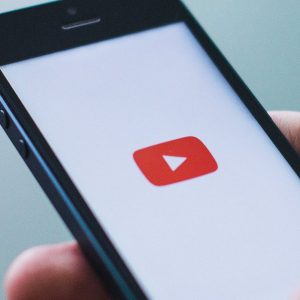