Skip to content
FacebookEmail
| logout
County jobless rate shows signs of improvement in August
By Ken Childers
ONL Editor
The jobless rate in Okfuskee County improved somewhat in August as compared to the past several months, though it was still higher than one year ago.
According to a report released last week by the Oklahoma Employment Security Commission (OESC), Okfuskee County posted an unemployment rate of 6.7 percent in August, a 31 percent increase over August 2019 when the rate was 4.6 percent. In July, the rate climbed by 47 percent over the previous year and while June’s rate was up by only 16 percent, rates skyrocketed in both April and May by 72 percent and 59 percent, respectively.
The OESC report shows the county had an available workforce of 4,495 in August, but only 4,225 of those available were counted as employed. In July, the available workforce totaled 4,435 and the employment count was 4,117.
Rates were higher in August than one year ago in all of the counties surrounding Okfuskee County, according to the OESC. The rate climbed from 3.8 percent to 6.1 percent in Creek County and Hughes County’s rate jumped from 4.8 percent to 7.1 percent. Lincoln County saw its rate increase from 3.6 to 4.9 percent and in Pottawatomie County, the rate rose from 3.6 percent to 5.4 percent. Seminole County’s rate increased from 4.6 percent to 6.7 percent.
In August, Latimer County posted Oklahoma’s highest county unemployment rate of 9.6 percent. Beckham County had the second-highest rate for the month, followed by Johnston County. Cimarron County and Texas County tied for the lowest county unemployment rate of 1.9 percent in August. Unemployment rates in August were higher than a year earlier in 75 of Oklahoma’s 77 counties, lower in one county and unchanged in one county.
US Bureau of Labor Statistics Report – August 2020
Unemployment rates were higher in August than a year earlier in 387 of the 389 metropolitan areas and lower in 2 areas, the U.S. Bureau of Labor Statistics reported last week. A total of 37 areas had jobless rates of less than 5.0 percent and 6 areas had rates of at least 15.0 percent. Nonfarm payroll employment decreased over the year in 254 metropolitan areas and was essentially unchanged in 135 areas. The national unemployment rate in August was 8.5 percent, not seasonally adjusted, up from 3.8 percent a year earlier.
El Centro, CA, had the highest unemployment rate in August, 22.9 percent, followed by Kahului-Wailuku-Lahaina, HI, 20.7 percent. Idaho Falls, ID, and Logan, UT-ID, had the lowest unemployment rates, 2.7 percent each. A total of 267 areas had August jobless rates below the U.S. rate of 8.5 percent, 111 areas had rates above it, and 11 areas had rates equal to that of the nation.
Posted in Featured Stories 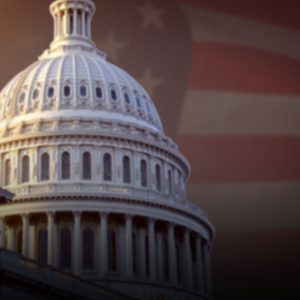