Skip to content
FacebookEmail
| logout
Millions vote early; polls swamped on election day
By Ken Childers
ONL Editor
A record-breaking 100 million people voted early and millions more were expected to vote in person Tuesday in one of the most highly contested presidential elections in recent history.
At press time, the results of the race between sitting President Donald J. Trump and former Vice President Joseph R. Biden were not known and the possibility remained that we may not know for days, weeks or even months.
Results were available, however, for races of local interest. Below are the unofficial, unverified results from the Oklahoma State Election Board website. These results are subject to contest and recount and are neither final nor official until they are certified. Unless a contest of election or a petition for recount has been filed, results will be certified by county election boards not earlier than 5 p.m. Friday, Nov. 6.
County Sheriff
John Woods (R):
James “Jim” Rasmussen (D):
State Representative – District 24
Logan J. Phillips (R):
Steve Kouplen (D):
State Senator – District 7
Warren Hamilton (R):
Jerry L. Donathan (D):
State Question 814 (Decrease TSET fund payments) – Yes: No:
State Question 805 (Criminal History in Sentencing and Sentence Modification) – Yes: No:
United States Senator
Jim Inhofe (R):
Abby Broyles (D):
Robert Murphy (L):
Joan Farr (I):
A.D. Nesbit (I):
United States Representative – District 02
Markwayne Mullin (R):
Danyell Lanier (D):
Richie Castaldo (L):
According to the state election board, 294 Okfuskee County voters cast their ballots by mail and an additional 631 voters took advantage of early voting at the courthouse, bringing the absentee ballot total to 925. Early voting ran Thursday through Saturday.
Republicans outpaced Democrats when it came to in-person early voting, but lagged behind in mail-in voting. A ballot analysis provided by the state election board on Tuesday morning shows that 344 Republican ballots were cast in person and 107 ballots were mailed in, for a total of 451. Of the 412 Democratic ballots, 162 were mailed and 250 were cast in person. Libertarian ballots totaled six (three by mail, three in person) and 22 Independent ballots were mailed and 34 were cast in person.
Additional election updates will be made to the ONL website and/or Facebook page and a more in-depth story will appear in next week’s edition.
Posted in Uncategorized 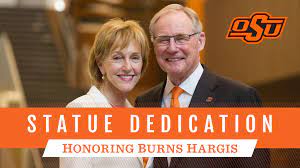