Oklahoma climbs to No. 5 in the nation for good highway bridge conditions

The results are in and Oklahoma’s state bridges continue to shine in a national ranking for good bridge conditions. Bridge reconstruction projects and repairs made in 2021 helped move Oklahoma up to No. 5 in the nation for the first time.

Oklahoma moved ahead of Texas to claim the No.5 ranking for 2021 after coming in at No. 7 in 2020 among states with the lowest percentages of structurally deficient bridges on the highway system, according to the most recent inspection data from the Federal Highway Administration analyzed by the Oklahoma Department of Transportation.

“Strengthening these connections to communities and ensuring highway safety and reliability are critical components in building Oklahoma’s prosperity. Continuing to improve bridge and highway conditions shows the commitment we’ve made to today’s transportation infrastructure needs while also ensuring a strong system for the future,” said Oklahoma Gov. Kevin Stitt. “I’m thankful for the diligent work by our engineers and for the leadership of Secretary of Transportation Tim Gatz, who together have kept Oklahoma on this path to the Top Ten.”

Oklahoma first broke into the Top Ten national bridge ranking in 2019 after nearly two decades of focused planning and effort as well as significant support from the Oklahoma Legislature to reverse the state’s 49th place in the nation for bridge conditions in 2004. At that time, 1,168 of the 6,800 state highway bridges, or 17 percent, of the structures maintained by ODOT were rated structurally deficient or poor condition.

Today, 47 highway bridges rate as poor, meaning fewer than 1 percent of all highway bridges are structurally deficient. All of these remaining bridges are programmed in ODOT’s Eight-Year Construction Work Plan for replacement or major rehabilitation by 2029. Additionally, one of the Oklahoma Turnpike Authority’s 836 bridges on the toll road network is structurally deficient, but is currently undergoing repairs.

Significant projects currently under construction to replace structurally deficient bridges include completing work on six bridges on I-40 in Del City, the Willis Bridge on US-377/SH-99 over the Red River/Lake Texoma and the SH-123 bridge over Caney River in Washington County. An upcoming structurally deficient bridge project is the more than $36 million rehabilitation of the iconic US-281 Bridgeport Bridge at the Caddo/Blaine county line. This historic Route 66 bridge is expected to be complete ahead of the 100th anniversary of Route 66 in 2026.

“My congratulations go out to our many staff, contractors and consultants who all have played a role in achieving this national ranking. We especially want to thank motorists for their patience as construction continues across the system,” said Secretary of Transportation Tim Gatz. “While we are proud of this achievement, our work is not done. The state highway system alone has more than 1,200 bridges that are 80 years old or older. It will take continued vigilance and effort to keep our infrastructure at a manageable level. Maintenance protocols that will help extend the lifespan of our bridges as well as taking advantage of new materials and technologies are a priority for the department as we move forward.”

Bringing highway bridges into good condition and preserving them for the future allows the department to put more resources toward other priorities such as improving pavement conditions, adding shoulders to rural, two-lane highways and tackling urban traffic congestion.

This new No. 5 ranking applies to the bridges on Oklahoma’s highway system maintained by the state, which includes interstates, U.S. highways and state highways.

Cities and counties are responsible for 15,500 bridges on local roads with other funding sources. Just as ODOT has focused on improving highway bridge conditions across the state, the department also recognizes the importance of reducing the number of city and county structurally deficient bridges and is making a $28 million annual commitment for the next five years to further that cause, taking advantage of the federal Bridge Formula Program. As part of this initiative announced in July, ODOT using federal funds will implement a scour mitigation plan and a city structurally deficient bridge program, which will target nearly 1,000 bridges on both city and county roadways during the next five years.

Qualifying cities and counties are encouraged to also pursue available federal funding for bridge projects, as well as dedicated state funding through the County Improvements for Roads and Bridges program for the highest-priority county bridges. The five-year, $719 million CIRB plan was approved in July and is set to replace or rehabilitate 192 county bridges — 84 of which are structurally deficient or functionally obsolete by 2027. 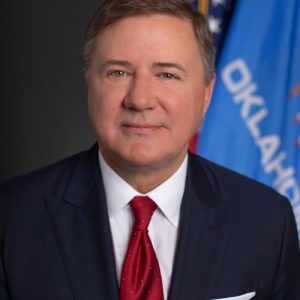