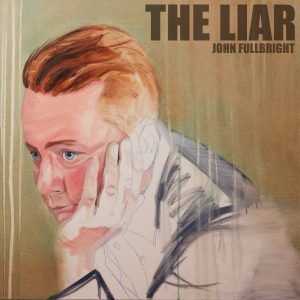 What seems like an eternity has only been eight years. Bearden native John Fullbright released his new album “The Liar” on Friday. This comes eight years after the release of “Songs” and 10 years after the Grammy-nominated “From the Ground Up”. Fullbright’s camp released sneak peeks in the days leading up to Sept. 30, building my anticipation for what I knew would be a great album. And it did NOT disappoint.

The album not only includes songs that he has sung at shows for years but also new ones. It opens with Bearden 1645, a reference to the chord progression. In it he croons about playing the piano at his grandmother’s while featuring his beautiful piano-playing skills. This song evoked so much emotion. It made me immediately think about Nancy Davault, my time with her and her devotion to teaching piano to the area’s children including Fullbright. She was a wonderful teacher, and according to his mother, she and her husband, Vernon, meant so much to Fullbright. The full band, made up of Jesse Aycock, Aaron Boehler, Paul Wilkes, Stephen Lee and Paddy Ryan, joins in to perfectly compliment Fullbright’s stellar piano and harmonica skills.

This isn’t the first time he has written a song about a grandparent – cue up Tombstone, which he considers rudimentary but is one of my favorites. In it he sings of the influential men in his life, one of them being his grandfather and the other Woody Guthrie.

As you move through the 12-track album, it just keeps on giving. Fullbright’s genius and vulnerability shine through with each song. From being awkward at life (“Social Skills”) to admitting he’s in love (“Safe to Say”), this album perfectly reflects who Fullbright thinks he is, the liar.

But for those of us who have known him a long time, he isn’t a liar. We saw his talent. We knew he was great. We’ve seen him grow and mature. And he has far surpassed any and all expectations.

“The Liar” is a breath of fresh air that exhibits all of Fullbright’s range and talent. This work of art showcases his confidence and moreover, it shows that he’s settled into who he is as a performer, a songwriter and a person.

The album closes with “Gasoline”, what seems to be a feel-good tune about whiskey. On further listen, the song is actually about a scorned lover…or at least it is to me. That’s the beauty of great songwriting, a lot is left up to interpretation. At the end, Fullbright and company take us to church with a flare reminiscent of how Elvis closed out his Vegas shows.

Yes, it’s been eight years but this 42 minutes of perfection was well worth the wait. Do yourself a favor and purchase it today! Now, if you’ll excuse me, I’m off to listen to it for the thousandth time.

Get Ready now to file your 2022 federal income tax return