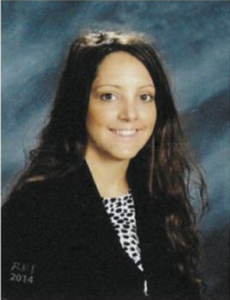 The Okemah Public Schools Board of Education made the decision at a recent meeting to hire longtime teacher, Alicia Rogers, as the Oakes Elementary School principal.

Rogers graduated from Okemah High School in 1998 before going to college at East Central University where she studied administration, eventually earning a Master of Education in Administration in 2007. She returned to ECU later and received her psychometrist certificate in 2012.

Prior to being selected the principal at Oakes, Rogers worked at Metro Roofing. She will take over as the leader of Oakes this school year, which starts in early August.

She lives in Okemah with her husband, Ronnie Rogers, and they attend church at Bristol Holiness Church.

Rogers has five children: Reagan, 20, who attends college at the University of Oklahoma; Rhett, 10; Remington, 8; and twins Raylee and Rylan, 6.