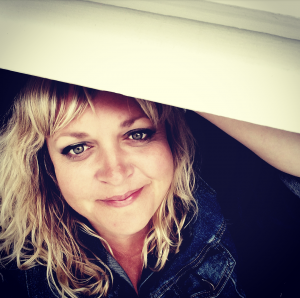 Many people probably remember the billboards scattered about Okfuskee County with the two little girls faces on them following their brutal murder in 2008.

Chronicling these brutal incidents, published author Faith Phillips follows the crimes from the beginning to the end, mainly from the perspective of Assistant District Attorney Maxey Reilly, who prosecuted the case.

The crime took the state by surprise, bringing reporters, investigators and concerned citizens by the hundreds to Weleetka where 13-year-old Taylor Paschal-Placker and her friend, 11-year-old Skyla Jade Whitaker, were shot to death while taking a walk on County Line Road on June 8, 2008.

It would take investigators three years — until December 2011 — to charge 25-year-old Kevin Sweat of Henryetta with the murders after he brutally murdered his fiancee when she threatened to go to the police with information about him killing the two little girls outside Weleetka.

Investigators found the remains of a woman in a smoldering fire on Sweat’s father’s property not far from where the two girls were murdered in Weleetka.

That 2011 murder of Sweat’s former fiancee, Ashley Taylor, and the discovery of her remains are what led investigators to charge Sweat with the murder of Paschal-Placker and Whitaker, along with a third murder charge for Taylor.

Sweat subsequently pleaded guilty to all three murders in 2014, following an almost six-year ordeal to bring justice the family of those lost.

Phillips’s book is called Now I Lay Me Down, and it’s been available for about a week now.

The book’s blurb printed on the back of the cover says, in part:

“Their brutal murders sent a sleepy community into a spiral of grief and sparked the largest investigative pursuit in (Oklahoma State Bureau of Investigation) history. Pressure mounted when the investigative team ruled out an exhaustive list of suspects and the remains of another young woman were discovered in a smoldering fire. The untested Assistant District Attorney, not long out of law school, found herself head up a “War Room” assembled by officials to catch the killer …”
Unbeknownst to her, Phillips had a connection to the brutal triple-murder case.”

“I was raised in eastern Oklahoma, in the foothills of the Ozarks, but I found out, even though I didn’t know it at the time, I had an interesting connection to this case,” Phillips said. “When I was in law school there was another girl in my class that was pretty and blonde and not taken very seriously. She was from Atoka and seemed so carefree; she wasn’t really considered much of an ‘academic’ by the other classmates in law school … that girl ended up being Maxey Reilly, the prosecutor of these three murder cases.”

“After we both graduated law school, we went our separate ways. Years went by,” she continued. “Then I ran into her about three years ago, and she told me about this story. I had to write a book about it.”

“This is an incredibly tragic story about two little girls who went for a walk and never came back,” she said. “The book tells the story from the beginning to the end.”

Phillips said she started the book about two years ago. 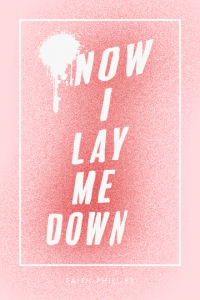 “The prosecutor stood in the road. She surveyed the scene and said not a word. A denim blouse hung loose on her slender frame. She stared at the ditch, one hand shoved deep in her back pocket. She remembered.

“This particular stretch of County Line Road had once been an obscure place in an obscure county, familiar only to the few locals who made their homes on the back road. Obscurity is just another way of saying concealed, and the town of Weleetka meets that definition.

“Interstate 40 runs just a few miles north as the crow flies, ferrying interlopers past long-forgotten Oklahoma towns. It is very much concealed and out of view, hidden by stands of trees in rural Okfuskee County. An outsider would never expect to come across a town in this pastoral location. Out of sight, out of mind.

“The quiet lane that runs through Okfuskee County’s back country is populated by trees, underbrush and an occasional family home. The lawns often hold collections of defunct automobiles and plastic toys left out to fade in the weather. Maxey Parker Reilly hadn’t been sure she could find her way back again without some sort of navigation.”

“The book is written in a way that comes from the view of Maxey (Reilly),” Phillips said. It’s a really powerful viewpoint into a case such as this,” she said. “This is my first work of nonfiction, and so far, it has blown away the sales of my other two books.”

Since releasing, Phillips said many copies have already been sold. Her first two books, both fiction, are available, as well. Her work can be found at her website www.readbooksby.faith.

Phillips said she has always wanted to be a writer. She practiced corporate law until 2011, but formally quite upon the completion of her first book, Ezekiel’s Wheels, which she self-published.

She cited a good family that allowed her to quite her job and become a full-time writer.

It took her three years to complete her first book and about two years to finish Now I Lay Me Down. During the time of writing her first work of non-fiction, Phillips said she visited Weleetka and Okfuskee County a lot for the book’s research.

“I have been to the memorial for the girls on County Line Road,” she said. “It’s such a tragic and sad story for everyone involved.”

Phillips will have a book signing event at the Hen House in Okemah on Sept. 7 for Now I Lay Me Down. The public is invited to attend and possibly get a signed copy of the book by the author.

She will follow that with an event at the Cherokee National Holiday and an official release party in Tulsa.