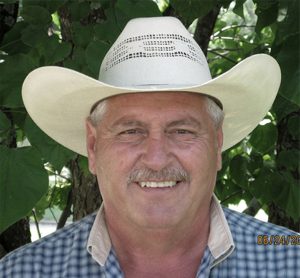 Wednesday was met with shock and surprise as people learned of the sudden passing of Okfuskee County Commissioner Bruce Smith. Smith passed away on September 11, 2018 at the age of 62 at his home. Smith was a long time resident of Graham and had been commissioner since January 1, 2007.

Smith began his career of serving countians in September of 1989, where he was a motor grader operator until May 1993. After serving 12 years as County Commissioner, Smith had chosen not to seek re-election in April of this year.

Both fellow County Commissioners Terry Wilson and Danny Wilson conveyed that Smith was a very nice man, great to work with and will be missed by everyone who knew him.

“It’s a shock to everybody,” said T. Wilson, “he will be missed as a county commissioner and as a person.”

“I didn’t just consider him a co-worker, he was a friend,” stated D. Wilson, “I can’t believe this has happened.”

County Clerk Dianne Flanders relayed that she was “shocked and heart broken.”

Initial reports were that he had a tractor accident, however, it was determined that a heart attack was the actual cause of his untimely death. Smith was found beside his tractor.

According to state statute 26 O.S. 12-111, “…no special election shall be called if the vacancy occurs in an even-numbered year if the term of the office expires the following year. In such case, the candidate elected to the office at the Primary Election, runoff Primary Election, or the regular General Election shall be appointed by the Governor as soon as practical after the applicable election to fill the unexpired term.”

In-coming commissioner James Yandall was unopposed during the filing period, therefore, will be appointed by Governor Fallin as soon as possible to fill the unexpired term of Smith.

Funeral services are scheduled at 10:00am on Saturday, September 15, 2018 at Integrity Chapel. Interment will follow immediately at New Sonora Cemetery under the direction of Integrity Funeral Service of Henryetta.