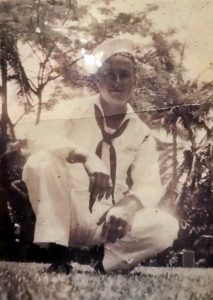 Funeral services for Lovell “Joe” Dean Smith, age 94, of Paden, Oklahoma will begin at 10:00 AM Thursday, November 15, 2018 at the Paden Free Will Baptist Church with Rev. Jim Eastep officiating. The Smith family will receive friends on Wednesday, November 14, 2018 from 6:00 PM – 8:00 PM at Parks Brothers Funeral Service in Prague.

Joe was a member of the Paden Free Will Baptist Church. He spent many hours working with his horses. They were truly one of his passions. He was an old school, hard worker, who put his family before himself. He was loved and respected and will be missed by many.

In Lieu of sending flowers, the family has asked that donations be made in Joe’s memory to: Grey Oaks Equine Sanctuary http://greyoaksfarm.org/wordpress/ or the South Pottawatomie County Equine Rescue, 39325 Johnson Rd, Maud, OK 74854 or any Equine Rescue program.

Services are under the direction of Parks Brothers Funeral Service of Prague
A guest book is available to share your memories on-line.