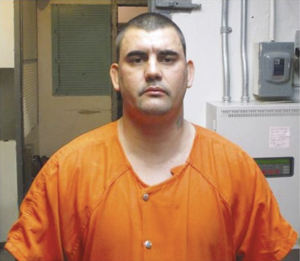 The preliminary hearing of alleged murder suspect Anthony Spain, set for Thursday, January 31, was passed to a later date in order to give defense counsel ample time to complete discovery.

Spain sits accused of shooting to death his mother-in-law with a 12-gauge shotgun during a domestic dispute that allegedly turned from a verbal argument to a violent encounter. He is charged with first-degree murder.

Spain is being represented by defense attorney Curt Allen with Assistant District Attorney Emily Meuller heading up the prosecution.

Speaking to the judge Thursday, Meuller informed her that the Oklahoma State Bureau of Investigation’s report on the incident had not been completed and submitted to her office, noting she’d also not seen the Medical Examiner’s report.

The delay in the OSBI report, according to Meuller, is due to the reporting agent being in court on another case.

Allen followed that with, “I’d like to see all the (law enforcement) reports before I can proceed in this case.”

Reilly informed Spain of his attorney’s request to move the hearing to a later conference docket, reiterating the need for Allen to see all necessary reports for him to competently advise his client on how to proceed in the case.

Spain will remain in the custody of the Okfuskee County Sheriff’s Office, pending further court proceedings.

On his way out of the courtroom, Spain took the opportunity to turn to his family and say, “Love ya’ll,” before being escorted out the door by deputies.