Every two years citizens are given the opportunity to election new city and town officials. A filing period was open from February 4 through February 6 for Okemah, Weleetka and Paden residents place their names on the ballot for the April 2 election. 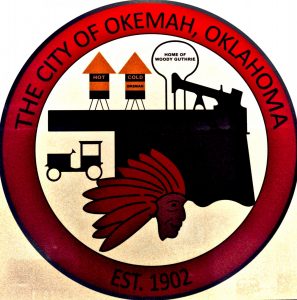 Only two of the three seats up for election received multiple filers. Ward Three consists of the area lying west of the centerline of South 5th Street and south of the centerline of Broadway Street. Loren Aldridge currently represents this section of town. Aldridge is being challenged by Kelly Robertson West for the seat.

Wayne Bacon, currently Vice Mayor, serves in the At-Large position on the council. He will hold his seat for four more years.

The City of Weleetka has two seats up for election. Ward Three, drawing no opponent, is currently held by Tommy Lee. A race will be held for Ward One, as Bill Phipps and John Pugh have filed for the seat.

Paden’s Town Clerk was up for re-election. Long-time Town Clerk Melanie Brown was unopposed and will keep her position for another four years. There were three people who filed for the Board of Trustees. They are Susie Hunter, Caleb Lakins and Clonda E. Rogers.

Only residents of the specific municipalities are allowed to vote in the April 2 election.