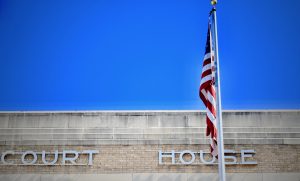 The Okfuskee County District Court accepted the recent guilty plea of George Hamons for possession and distribution of child pornography, sentencing the 60-year-old to 20 years imprisonment in early February.

According to the court’s “Plea of Guilty: Summary of Facts,” Hamons was handed down 20 years prison time for count one, as well as 10 years for count two and five years suspended for count three.

Five of the 10 years given to him for count two are suspended with the other five in custody.

All three sentences are to run concurrently with Hamons being eligible for parole only after serving at least 85% of the time.

Any suspended time served by Hamons will be under the supervision of the Oklahoma Department of Corrections or the Okfuskee County District Attorney’s Office.

The defendant also faces fines of up to $40,000 for all three counts.

Court records indicate Hamons entered his plea of guilty without a plea agreement worked out with the District Attorney’s Office.

The charges stem from incidents on or about late-August and early-September 2018 where Hamons was found to be in possession of child pornography, using his computer to distribute and make available the illicit material.

He had not been convicted or tried for any prior felony before this case, court records indicate.

The 60-year-old put in his case paperwork the highest grade of schooling he had completed to be the 9th grade, but indicated he understood the “nature and consequences” of the crime and sentencing.