When Abbigail Goodnight took over as the Pride of Okemah band director, she did so with preparation for big things in mind. 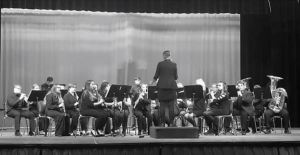 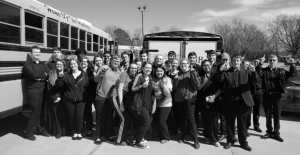 Asked if she expected to take the team of bandmates to the State Competition in her inaugural year, she explained, simply, “I went into this year knowing that I was going to push them really hard and have high expectations for them … making it this far, though, is not something I did but a result of their hard work.”

With superior ratings at each of the aforementioned competitions, the squad seems to be wearing that extensive hard work on each sleeve, giving them what seems to be a strong chance at accomplishing the sweepstakes feat.

Goodnight said she was confident in her group of student-musicians, explaining how important their dedication to the group is.

“They work super hard (everyday),” the new director said. “School starts at 8 a.m., but they are here (at the school) by 7:15 practicing each day of the week.”

That effort from both the group of student-musicians and the first-year director has paid off indefinitely as the band students — ranging from eighth graders to seniors — now prepare for the highest level competition for the year.

“I think we will do really well,” Goodnight said of her squad’s chances at State. “The students are going to have to site read, so that will be a factor, and I donʼt know how well they will do in that, but I am confident we can win.”

She concluded with a statement about the group she is used to seeing at competitions, one that show up with intensity and focus.

“When they go to competition,” she explained, “they really step up, so they should do well.”

The State Competition will be held March 27 at ECU in Ada.