Okemah Police Department officers were dispatched to a single-vehicle accident Monday evening where a woman driving a small, white car veered off the roadway and struck a power pole head-on, breaking it at its base and laying it across Okemahʼs main thoroughfare during a time of peak traffic. 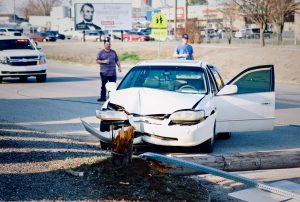 Police were dispatched to the 200 block of S. Woody Guthrie Street sometime shortly before 6 p.m.

Okemah Fire Department trucks, with assistance from Oklahoma Highway Patrol troopers, blocked north- and southbound traffic, enveloping the scene of the crash to protect passersby from the live electrical wire that had fallen from the pole, snaking its way across Woody Guthrie.

OPD Officer Carl Fletcher headed up the investigation into the incident, explaining to the Okemah News Leader what few details were available post-preliminary investigation.

Fletcher said the woman, who he did not name, was transported to the nearby hospital to check for, if any, injuries, noting she seemed to have not been seriously injured.

“The driver did not seem to be intoxicated, based on the preliminary investigation,” Fletcher said from the scene. “(She) also did not give any indications that she was intoxicated at the time of the accident.”

Occurring quite nearly on the property of The Truck Shop, located at 207 S. Woody Guthrie, Owner Shane Anderson said he and his staff saw it happen, giving an account of the incident as an unfortunate accident.

“She was driving (on Woody Guthrie), fell asleep and hit the pole,” Anderson said. “My guys and I took several of our trucks to help block traffic before (emergency responders) got there, in order to get her help and clear the area.”

“The preliminary investigation indicates she had been up for long hours, and that caused her to fall asleep at the wheel, which matches witness statements.”

The nearby local business did not lose power, and no reports of power loss were made.

The accident did not actually knock out the power, so the wire that was laid on the ground because of the snapped pole was live with electricity.

The pole hit belonged to the Public Service Company of Oklahoma, which was immediately contacted to deal with the dangerous live wire in the roadway.

A PSO crew arrived shortly before 6:30 that evening, leading to the unblocking of Woody Guthrie sometime before 7.

As of press time Tuesday, the official word concerning the victim was the same as reported from the scene. 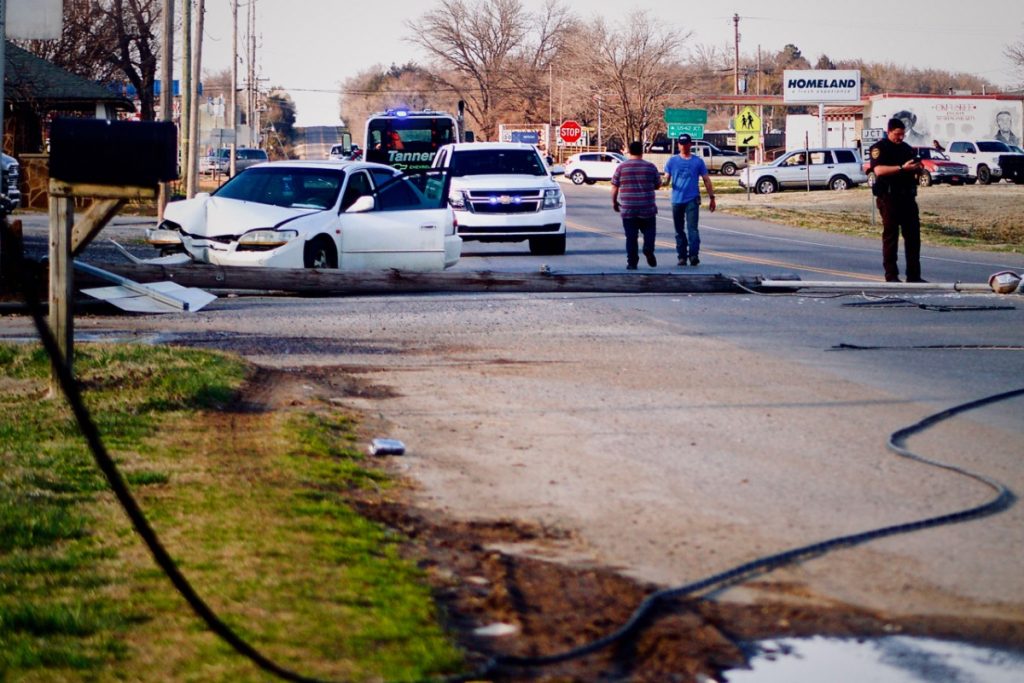 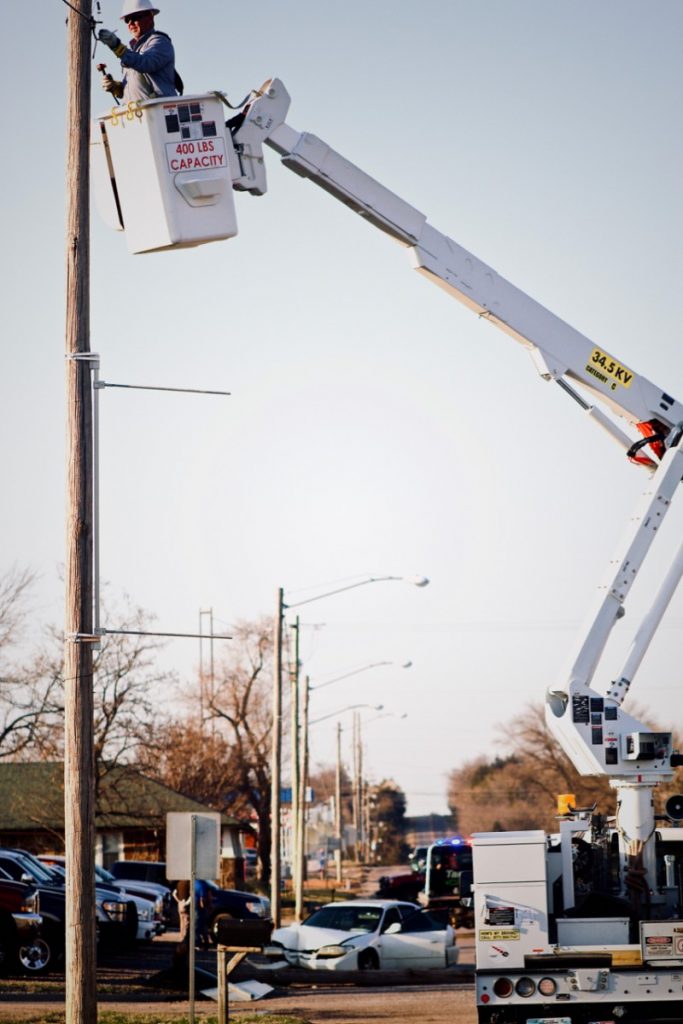