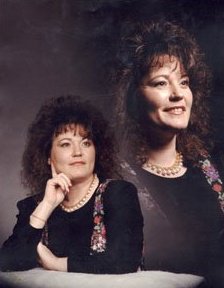 Sheila Dawn Rose passed away on Saturday, January 30, 2021 at the age of 61 in Calera, OK. Sheila was born on December 11, 1959 to Jesse Willard Rose, II and Betty Jean Fuller Rose in Okemah, OK. Sheila was raised north of Okemah by her grandparents Isaac “Ike” and Etter Green Fuller. Sheila married Arlis “Shorty” Sutterfield in 1975 and two daughters were born, Shelly Diann and Sandra Dawn Sutterfield. Sheila later moved to Southwest Oklahoma where she met and married Grover Lee Taylor and helped him raise his kids, Sheila Ann and Daniel. Grover worked in the oilfield in the early 80s and that took the family to Weatherford, on to Enid and later back to Okemah where she married Bobby Rutland in 2013. At the end, Ken Hinkle of Calera was by her side, when allowed to visit her in the hospital over the last 30 or so days struggling with COVID and its effects.

Services will be on Friday, February 26th at 2:00 p.m. graveside at Highland Cemetery, Okemah, OK. Sheila will be laid to rest with her Grandma and Grandpa whom raised her.