According to the affidavit and information filed in this case, Jeffery Gragg is no stranger to run ins with law enforcement and prisons. The news generally carries stories about individuals wanting to leave the prison and prison grounds, however, Gragg was not trying to leave, he is charged with an unauthorized entry into prison.

The case was filed on June 15 in Okfuskee County District Court. Gragg is charged with a felony by willingly gaining entry into the John Lilley Correctional Center facility grounds where prisoners are located. Gragg entered the pasture west of the transportation barn.  The crime is punishable by three years to life imprisonment and by the imposition of a fine of not less than $500 or more than $1000 or by both fine and imprisonment.

The affidavit in this case was filed by Craig Hicks who is employed as an agent in charge with the Oklahoma Department of Corrections, Office of Inspector General and assigned to the criminal interdiction division.

Hicks was contacted by JLCC Lt. McGinnis concerning an individual being seen in the pasture on the facility grounds west of the transportation barn walking north toward highway 62. When officers drove the area, they observed a blue F150 pickup at McCormick’s store in Boley. The driver of the F150 was later identified as Shannon Rollins. According to the affidavit, Rollins left McCormick’s and headed east. She was later stopped by the Okemah Police Department and arrested for driving under suspension. Located in the F150 was a probation and parole form bearing the name of Jeffery Gragg. Rollins said he was a friend and that she had seen him the previous night at the casino.

Hicks searched the area around JLCC and observed a white male wearing black clothing walking north on Boley Main Street just north of the Boley Police Department. When Hicks contacted Jeffery Gragg, Gragg told him that he had been into an argument with his girlfriend Sharron the previous night and he got out of the truck and began walking in the woods. Gragg was later identified as the person Lt. McGinnis originally saw walking in the pasture with a backpack.  Gragg was asked if he was making a drop at the prison of which he denied. Gragg was no longer in possession of the backpack when Hicks contacted him.

Rollins was read her Miranda rights and agreed to speak with agents. She said that she and Gragg left Muskogee the day prior and drove to Okemah. She also admitted that she and Gragg were consuming methamphetamine. She said the pair drove to Boley where Gragg had her drop him off northwest of JLCC. She said he had a backpack when he exited the vehicle. While Rollins was waiting for his return, she noticed a white Tahoe pulling into the parking lot and she got scared and left the area.

Gragg has a criminal background. He has a felony conviction for an assault on a police officer, using an offensive weapon in a felony, possession of a controlled dangerous substance with intent and for a felon in possession of a firearm.  His bond was set at $25,000 and his initial appearance is set for June 23. 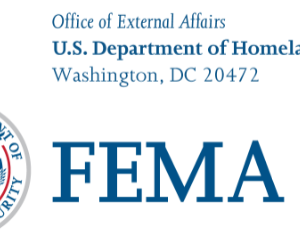