Editorial
You can make a difference—vote
Roger L. Thompson

November 8 will be a day when all voices across Oklahoma and America are heard.  It is not a day about the voice of the rich and famous. It is not a day about the media and their constant message promoting their agenda. It is not a day when powerful political voices are heard. It is a day when every voter in Oklahoma and every voter in the nation has an equal voice. A voice that has the power to elect those who will represent us locally and nationally.
In our area, we will vote on the next Governor, two United States Senators, a Congressperson to replace Congressman Mullin who is running for U.S. Senate and a state School Superintendent just to name a few.
When you think about the next Governor for Oklahoma one must consider if we will continue down the path the present Governor is leading us or do we need a change?  When you talk to people on the street, there are definite and strong feelings both ways. Some feel strongly Kevin Stitt has done a great job while others feel Joy Hoffmeister is the change needed.
There will be a new state Superintendent for Education elected on November 8. The two candidates who are running are very different in their approach. Jena Nelson and Ryan Walters have made their positions very clear. While education is a hot topic across the state, including rural Oklahoma, the question remains who will lead this very important office. The answer to that question will determine how our education system is addressed over the next four years.  While dynamic, animated and energetic discussion is interesting, it is only voting that will make a difference.
Senator Inhofe has served Oklahoma for several generations and now he is retiring.  Oklahoma will decide if Markwayne Mullin or Kendra Horn will be the best person to lead the state forward.  Which one will represent the people of Oklahoma in Washington, D.C and not just an ideology.  Senator Lankford is up for re-election.  He is being challenged by Madison Horn (no relation to Kendra Horn). If re-elected Lankford will become the senior Senator from Oklahoma. The question remains who is best suited to represent Oklahoma and our values in Washington D.C.
We will elect a new Congressperson. Will it be Naomi Andrews, Josh Brecheen or Ben Robinson?  We can chose from a Democrat, Republican or an Independent. Commercials are running, signs are up and speeches filled with promises are being made. Folks at the coffee shops and beauty shops are talking about who is best qualified to represent the second district?  This office is so important to all of us because it is designed to be the office that is closest to the people. That is the reason the office is on the ballot every two years. Who will make a difference in the lives of Oklahomans and represent the people of the second district and not just their own agenda?
I have heard a phrase all of my life that I am reminded of this morning; “If you don’t vote, you can’t gripe”.  While I have heard that phrase all of my life, I have learned it is not true.  I know that in the last primary election, only around 25 percent of the people voted and I know more than 25 percent are griping about how things are going.
Voting is a privilege that we must all take seriously and personally.  Please take time to vote in this election. I am not asking you to vote Republican, Democrat, Libertarian or Independent. I am just asking you to go vote and please know when you do, your voice is being head and you are making a difference.

Stop and smell the Turkey 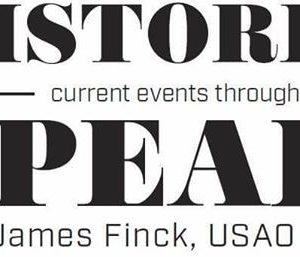